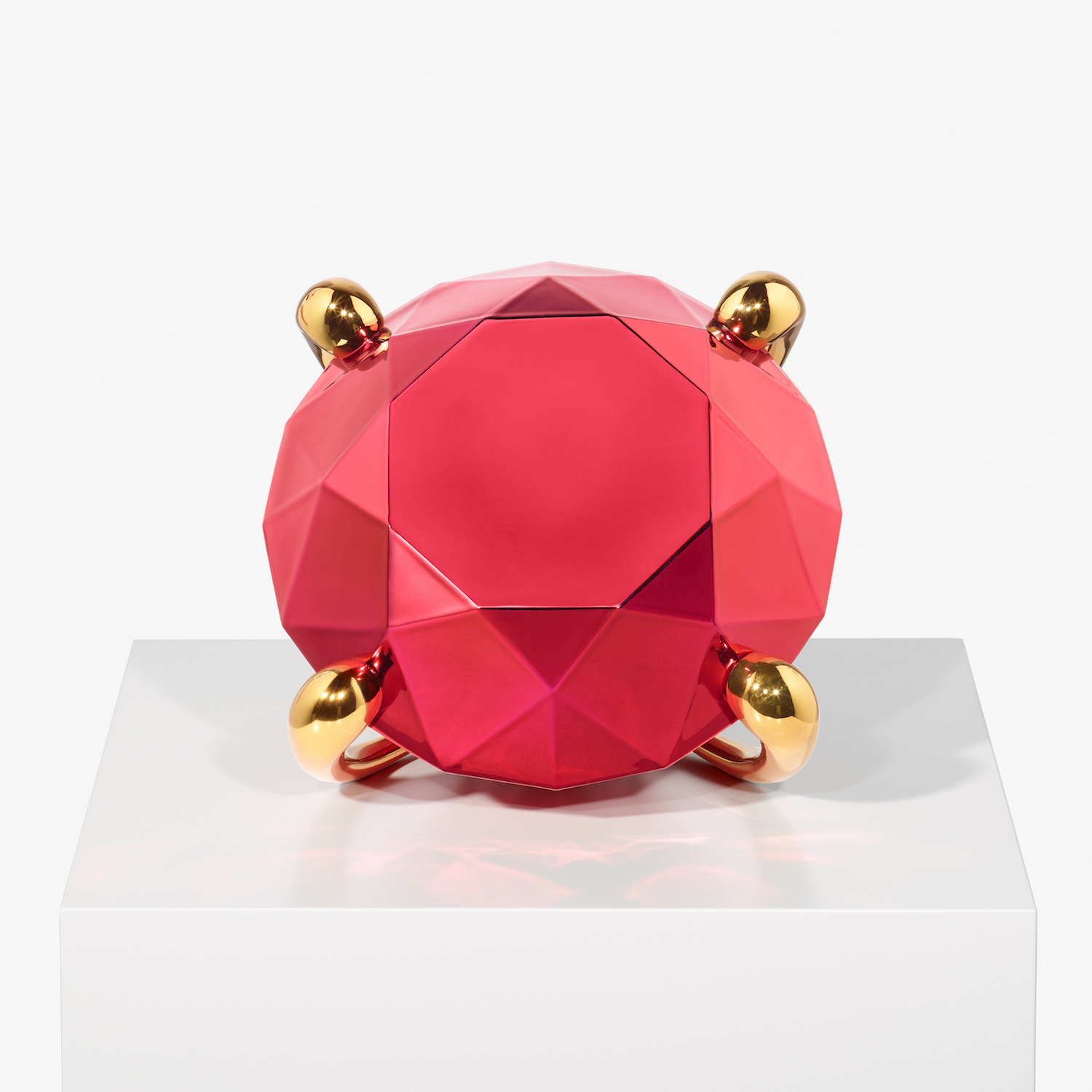 Available to purchase on
wengcontemporary.com

Signed and numbered on the right side.
© Jeff Koons, Image Courtesy of ArtXX (Weng Contemporary)

The Greeks believed that diamonds were the tears of gods, and the Romans wrote about Cupid’s arrows being diamond-tipped. This is how this precious gemstone became a gesture of love and a social symbol of affluence. Especially since the red diamonds are the rarest and most expensive, they are the most coveted. With this festive Diamond in red colour, Koons offers a reimagined iconography of the gemstone found in nature, which takes billions of years to form.

Koons first started working with the image of the Diamond in 1994 as part of his Celebration series. Thereafter, the Diamond became a vehicle for Koons to communicate and reflect upon the mass-made consumer products that are created for festivities.

Koons said: "I don´t care about money. I´m interested in people, human desire, and aspiration.” This is why it is presented in the company of four gleaming golden settings at its corners, embracing the gemstone from every angle to keep it safe and in place, as a warm motherly figure. With this technically challenging edition, Koons stretched the capabilities of the Limoges porcelain practice for this limited edition.

Characteristic of his works, they share a deliberate mirroring effect of its environment, and that of the viewer - one cannot see the artwork without seeing oneself. and as the artist has said, "If you don't move nothing happens." “It’s not about bling, but it’s about the moment of creation. The posts on the sides of the diamond represent male energy, and the diamond is an egg. The stone is attached to a ring by four prongs. For me, the prongs are like sperm attacking an ovum, in the process of being fertilized. That represents the truest narrative we have of human history, which are our genes and our DNA." —Jeff Koons

“Everything is a metaphor at the end of the day - we don't care about objects we care about people - and all objects and images are metaphors for ourselves and other people.” —Jeff Koons 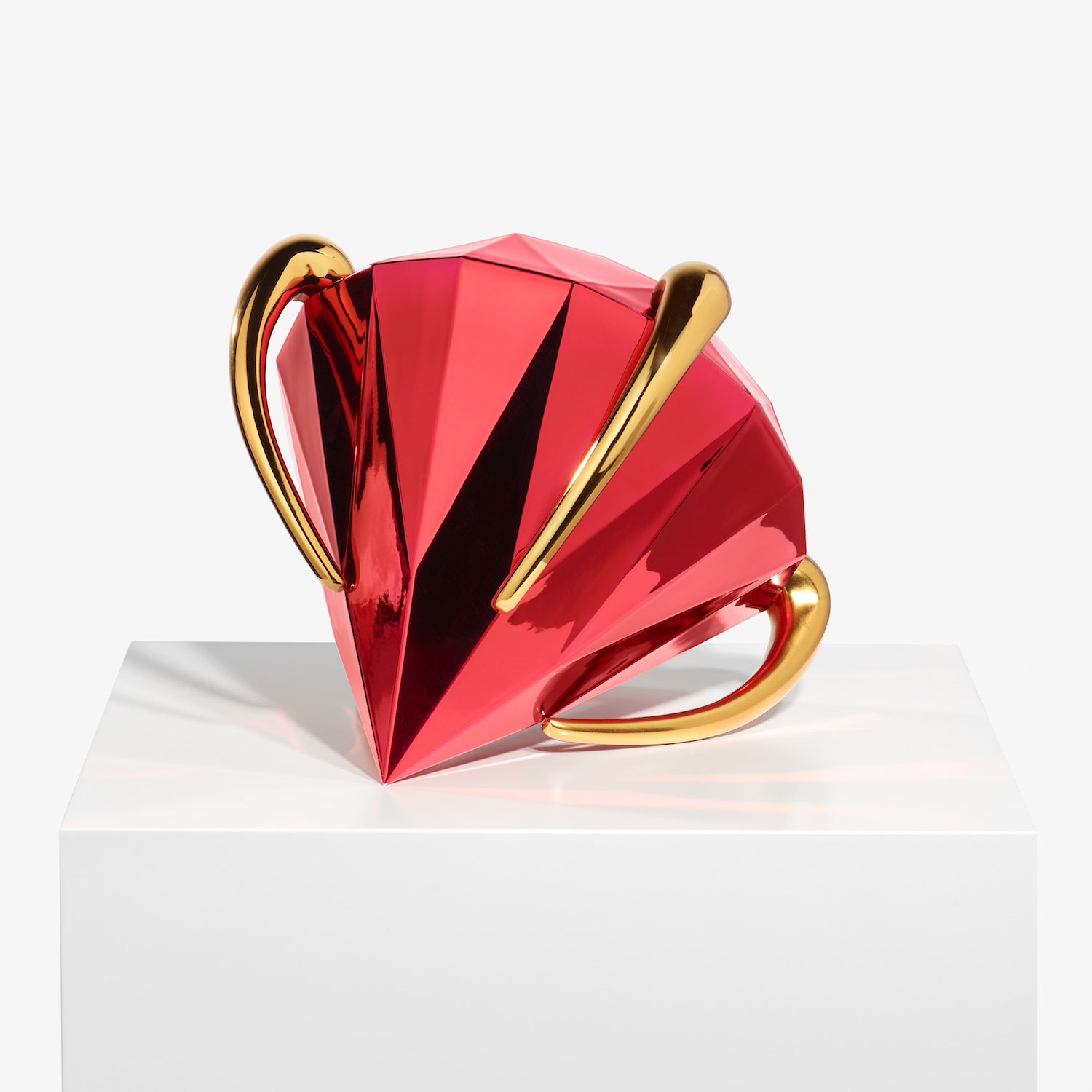 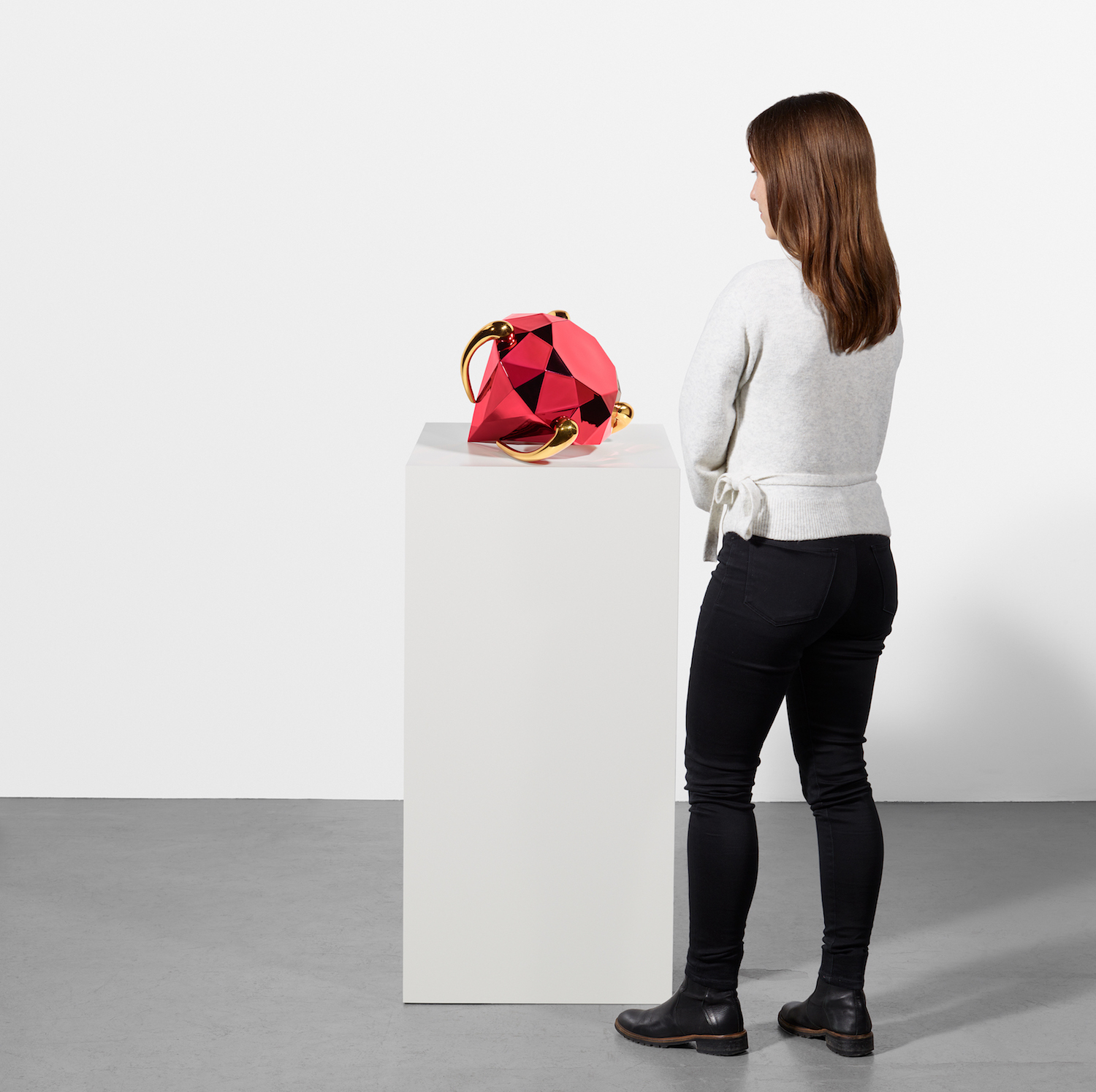